Glycerol Rosin esters are formed by the reaction of the carboxylic acid group of rosin acid with glycerol. Glycerol rosin esters differ in property and application depending on the source of rosin acid. There are three sources from which rosin acids can be derived - gum, wood, and tall oil rosin. These rosin acids are collected from stumps of longleaf pine trees. Glycerol ester of gum rosin is a hard, yellow to pale amber-colored solid which is insoluble in water but soluble in acetone. They are used as emulsifiers and density adjustment agents for flavoring beverage oils. It is a complex mixture of tri- and di-glycerol esters of resin acids from gum rosin, with a residual fraction of mono-glycerol esters.

The main function of glycerol rosin ester in food and beverages is to keep oils suspended or mixed evenly in water. It acts as a thickening agent in ice creams and chewing gum. It is even used as an ingredient to provide a pleasant and authentic fruit flavor in water-based beverages.

Glycerol rosin ester is used in the cosmetic industry as an emulsifier, stabilizer, and thickener.

Glycerol Rosin Esters is used in product lacquer furniture, varnish, hammer finish, metallic paint, and ink. It is used as a pressure-sensitive adhesive in the paint and coating industry. 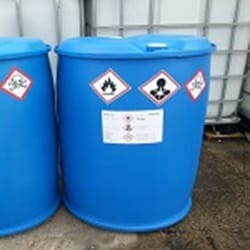