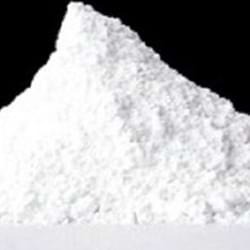 Titanium dioxide, also known as Titanium(IV) or Titania, is a simple inorganic compound produced as a pure white powder with the molecular formula TiO2. Generally, it is available in two main crystal forms, which are rutile and anatase. Anatase is economical, easily dispersed in water-based systems, and a perfect opacifier. Untreated titanium dioxide (anatase) has TiO2 with a refractive index of 2.55. However, it is not commonly used in exterior (weather-exposed) paint applications except for highway paints.

The sulphur process can produce TiO2 or titanium dioxide in both forms, anatase, and rutile in the following steps below:

Titanium dioxide is one of the most widely used white pigments because of its brightness and very high refractive index (n=2.7), in which only a few other materials surpass it.

Titanium dioxide is an effective opacifier in powder form in the paper industry. It is employed as a pigment to provide whiteness and opacity of paper products. Opacity is improved by the optimal sizing of the titanium dioxide particles. In addition to these effects, a limited color change is possible in certain formulations depending on how and at which angle the finished product is illuminated and have the thickness of the oxide layer in the pigment particle.

In cosmetic and skincare products, titanium dioxide is used both as a pigment and a thickener. In almost every sunscreen with a physical blocker, titanium dioxide is found because of its high refractive index, its strong UV light absorbing capabilities, and its resistance to discoloration under ultraviolet light. This advantage enhances its stability and ability to protect the skin from ultraviolet light. Sunscreens designed for infants or people with sensitive skin are often based on titanium dioxide and/or zinc oxide, as these mineral UV blockers are less likely to cause skin irritation than chemical UV absorber ingredients, such as avobenzone.

Titanium dioxide is used as colorant in food industry. It is an economical colorant and widely used in dairy-based products to boost the white color. It is also used to enhance the color of candy, frosting, and powder on donuts.

This pigment is used extensively in plastics and other applications for its UV resistant properties where it acts as a UV absorber, efficiently transforming destructive UV light energy into heat.

TiO2 is also an effective opacifier in powder form, where it is employed as a pigment to provide whiteness and opacity to products such as paints, coatings, plastics, papers, inks, foods, medicines as well as most toothpaste.